Starting with Windows 10 2004 and higher, Microsoft changed the way they creating PPKG’s.

In the Windows Event Viewer we seeing this message:

In a reboot loop, the task “RunOnReboot” getting enabled and will reapply the PPKG on every reboot and will trigger a reboot.

So, we have 2 options to solve this issue:

To avoid the reboot loop, I would highly recommend to delete the PPKG on all devices.

Right now VMware is working on an update for the Factory Provisioning Service, which is creating the PPKG in the background.

In the meantime you can create your own custom PPKG – take a look HERE. 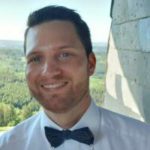