The Android Enterprise enrolment sometimes can be challenging if not all pre-Reqs are met or some custom settings are required. Especially if you want to enroll a device without KME or ZeroTouch to a COPE/ Work Managed mode a QR-Code Enrollment is a good alternative. But there are also some custom settings available that can help you on improving the Enrollment.

Create the QR-Code in the Console

While in the Console the Process is quite easy it can get complicated with the QR-Codes if you want to add some extras that are not in Console GUI available.

If you want to create a QR-Code in Console for Android Enterprise Enrollment , you can go to “Devices”, “Lifecycle”, “Staging”, “List View” and Click to “Configure Enrollment”

once there, select Android as Platform

Now, Select the “QR Code Option” to generate a QR Code after specifying the details.

next, we can specify if we want to use the latest GA Hub or a File that is hosted on a Webservice. This is useful if you want to enroll in with a specific version or you want to have the control over the used versions:

In Step 3 you can specify the OG you want to enroll from the dropdown. Also if you want to pre-seed the Username and Password this can be done here. Especially for Staging Users this is a common use-Case to have Username and Password. But be aware, this data is not encrypted in the QR-Code you you can read it out by using a normal QR-Code Scanner. Also you can specify if System Apps should be enabled or just the limited Subset. If you use AOSP Devices , make sure you enable AOSP Mode here as well.

Now you can Download the File with the QR-Code

To start enrollment you just need to klick 6 times on the Startscreen on initial bootup (before setting up anything) .

To show the full process a bit better I created a Video with the console buttons:

Now , let’s use the Generated QR-code and check the Content inside. I used the following QR-Code (OG, Username & Password are fake) here and encode it:

if you want to modify the android.app.extra.PROVISIONING_ADMIN_EXTRAS_BUNDLE part you can do so, also I documented down the most common things for this setting in the blog on Samsung Knox Mobile Enrollment here:
https://digitalworkspace.one/2022/02/28/use-samsung-knox-mobile-enrollment-to-empower-the-enrollment-of-samsung-devices-to-ws1-uem/

As KME has an extra option for adding Trusted Root CAs I did not mention it in the blog of KME , but it is also supported to add the Root CA in the QR-Code and also in ZeroTouch . Just add the Following to the android.app.extra.PROVISIONING_ADMIN_EXTRAS_BUNDLE and replace the BASE64CERT with the real Base64 Certificate data of the Root CA you want to add. Note: This is only supported in Work Managed Enrolment (DO Mode) not on COPE.

If you want to add some extra provisioning settings like the Android 13 Offline enrollment setting, then use just add the Following in front of “android.app.extra.PROVISIONING_ADMIN_EXTRAS_BUNDLE” to the Text:

Also you can specify the Local that the Language is set by default the the Language you require. A sample would be:

There might be other settings possible as well, but I just used this sample settings as I tested them on my Devices and they worked.

Once you have everything ready you can use whatever QR-Code Generator you want , just make sure you select the Text option and paste in the QR-Code.

Now as you have the QR-Code created , let use it to enroll a Device.

On the screen from Initial startup (Factory Reset) click six times to the “Let´s go!”until the QR-Code Scanner starts. Some older devices, like my Samsung S8 with Android 7 it requires Wifi or Mobile Data to first download the QR-Code Reader automatically. On my Android 9+ Devices it works without any downloads required. Once the QR-Code Scanner is open just scan the QR-Code and the device will enroll with the Settings you specified in the QR-Code.

As you have now seen the Logic behind the QR-Codes and how to create them , you can just change or add settings once they come out in beta already (like the offline Devices of Android 13) 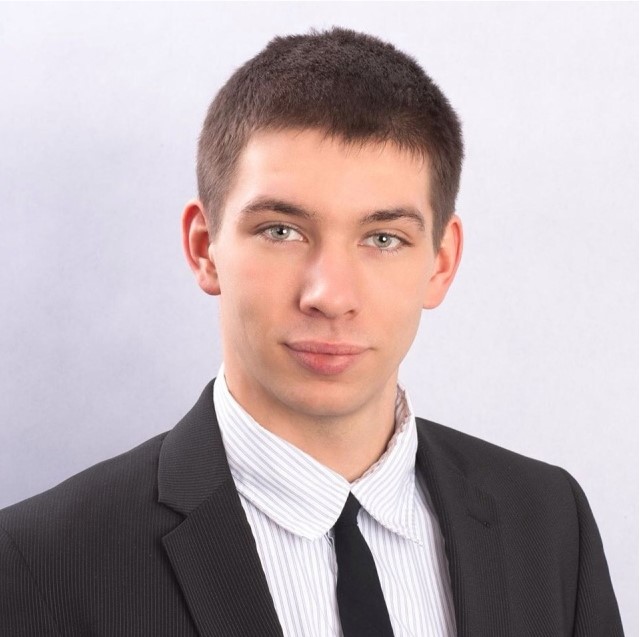 vExpert, blogger and VMware champion. Worked 10 years as a VMware & Microsoft consultant for a partner before joining VMware in 2017.

Empowering your onboarding experience with DEEM Surveys and Automation